Armenia is a developing country, with low economic growth and high unemployment rate. Poverty in turn affects food security and health status of the country’s population, which makes the socio-economic situation of vulnerable community members critical.

In Armenia 25.7% of the population lives below the national poverty line (2017).

Armenia has an ageing population, with 16.8% of the whole population living in Armenia being aged 60 and above, according to the National Statistical Service of the Republic of Armenia (National Statistical Yearbook 2017). Older people and people with disabilities are the most affected by this situation. In addition to the economic vulnerabilities, they often suffer from chronic conditions and/or physical disabilities, live on their own and have problems accessing the few healthcare services available.

In addition, the 12-month inflation in Armenia’s consumer market in April 2021 amounted to 6.2%, according to the National Statistical Committee (NSC).

Existing vulnerabilities and inequalities are also significantly magnified due to the Lebanon explosion in August 2020 and emerged war on Artsakh-Azerbaijan borders in September 2020, which resulted in new spontaneous arrivals of Armenians from the affected locations. As a result, the number of needy families in Armenia also increased․

On August 4, 2020, a massive and disastrous explosion occurred in Beirut, Lebanon leaving at least 200 people dead, about 5,000 people wounded, more than 300,000 people homeless, and many more missing. The devastating blast and its consequences have resulted in a humanitarian crisis in Lebanon as warned by UN agencies. Already existing hard socio-economic conditions, worsened by the explosion, led people to displace and seek secure shelter out of the country. Relying on the non-official data about 350 persons affected by the catastrophe arrived in Armenia, the majority of which already applied to Mission Armenia for support. In Armenia, displaced families from Lebanon are struggling to cover and care for their basic needs such as food, hygiene, clothing.

The Project MA02 offers a scope of activities that are to address the needs which have been prioritised based on needs assessment results and the daily direct involvement of Mission Armenia in community support activities.

Mission Armenia has identified approximately 500 vulnerable families in Armenia who are in need of food support. It is estimated that to support each family with food packages, the cost is equivalent to  $55.00 AUD per package.

Direct assistance to beneficiaries will be provided locally, through the Mission Armenia Social Assistance & Day Care centres located in Armenia

Mission Armenia will offer prioritised, differentiated and beneficiary-centered assistance to the vulnerable in the most effective manner, thereby purposefully and efficiently using the available resources on hand.

It should be noted that all the above actions will be carried out in strict compliance with all COVID-19 safety measures.

The project MA02 is to ensure adequate nutrition for 500 vulnerable families in Armenia through provision of food assistance.

People we plan to reach

The project will aim to reach 500 families in Armenia. 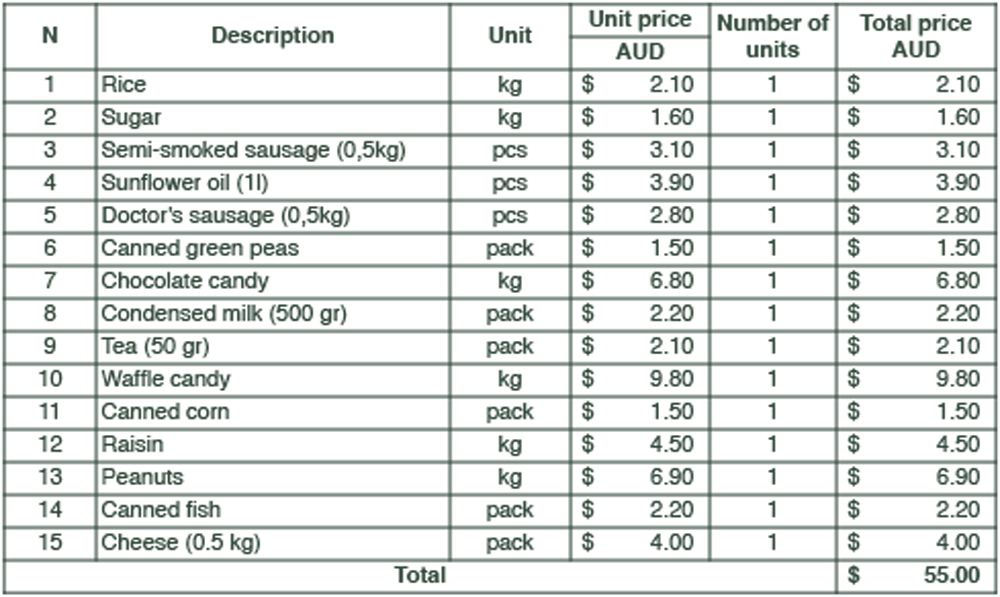 To find out more about MA and what we do, or simply just have a question, please contact us today.

Ask us a question